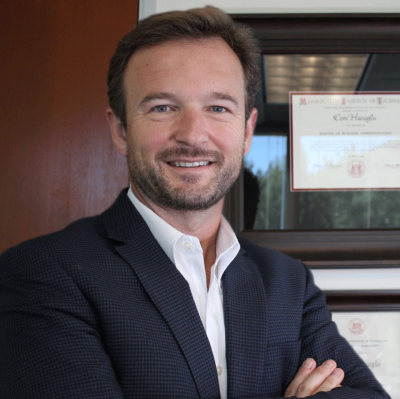 Before joining Applied LNG, Mr. Hacioglu was a senior investment professional with a number of Wall Street firms including Sandell Asset Management, Millennium Partners and Fletcher Asset Management. Mr. Hacioglu also held various positions at the Private Equity Group of Merrill Lynch in New York and the Middle East and North Africa Department of the World Bank in Washington D.C.

Mr. Hacioglu is a graduate of the United States Military Academy at West Point with a Bachelor’s degree in Mathematical Economics and a minor in Civil Engineering and has an MBA from MIT Sloan School of Management. 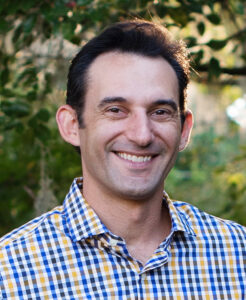 Mr. Pliskin is the Chief Financial Officer of West Africa LNG Group.  Prior to WA-LNG Mr. Pliskin founded Lama Advisors to work with growth companies on financial matters, systems implementation and restructurings.  He was the CFO of Bioderm, Inc, a medical device manufacturer and Chief Operating Officer of Shop 24, a manufacturer and operator of self-contained, totally automated and refrigerated convenience stores/vending machines. Prior to Shop24, Mr. Pliskin was President of Karbon Arms, LLC, a technology company focused on the law enforcement market, overseeing sales and marketing, accounting and finance, manufacturing, and customer support.

Before moving into operations Mr. Pliskin spent the early part of his career financing high growth turnarounds and acquisitions providing over $750 million in capital to companies in a wide range of industries. Mr. Pliskin was a Managing Director in charge of the Direct Investments Group at Sandell Asset Management and held positions at Millennium Partners, Redwood Partners, Knight Securities and Arthur Andersen. He was also a Director at Applied Natural Gas Fuels, Inc., a leading provider of Liquefied Natural Gas to the domestic U.S. fuels market.

Mr. Pliskin earned his Bachelor of Science in Accounting from Pennsylvania State University.

Ms. Schaffer has over 25 years’ experience in international industry with the Schaffer Global Group of Companies, from which AfricaGlobal emerged. Marian has been the Chief Operating Officer at AfGS directing the operational management of the organization and coordinating major project activities.  She is responsible for coordination of personnel on sales efforts, project scheduling, project execution, and personnel administration.  She also assists with the operational studies, feasibility studies, evaluations and appraisals.

Marian previously served as a Project Manager on the Finchaa Sugar Project located in Ethiopia assisting the Project Manager in various administrative and commercial aspects of the project, including contract negotiations, project execution, and government/client relations. 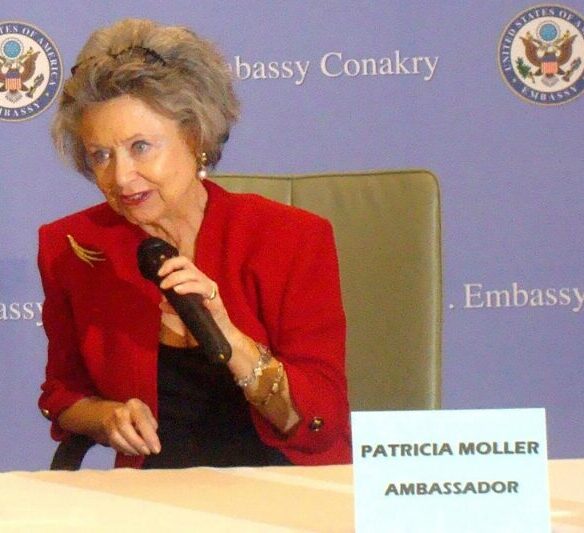 Following a highly-awarded 25-year diplomatic career, Ambassador Patricia N. Moller left active service with the U.S. Department of Sate to return to the private sector. Under the umbrella of her Moller Global Advisory LLC consultancy, she has counseled a number of corporations, including Fortune 500 companies, seeking guidance on doing business in developing countries, many of them in Africa.

The Ambassador’s diplomatic career was distinguished by service largely in developing countries with challenging political environments. During the Balkan conflict that ended only after the 1999 NATO bombing, Ambassador Moller was central to maintaining Embassy operations during three turbulent years, finally shepherding the U. S. Ambassador and senior Embassy officers onto a U.S. Navy jet the morning before bombing began.

As Country Officer for Vietnam, she directed negotiations that reestablished U.S. – Vietnam diplomatic ties. In the Republic of Georgia as Deputy Ambassador, she guided Embassy Tbilisi’s support to Georgian democratic process during the tempestuous days of the Rose Revolution.

In Guinea, her leadership and engagement are credited with averting civil war, persuading Guinea’s military ruler to step down, and with success of the electoral process.  For her commitment and accomplishment she was awarded a Presidential Service Award and the State Department’s Robert Frasure Award known as its Peace Prize, and was invested by the President of Guinea as a member of the National Patriotic Order of Guinea, rank of Commander. 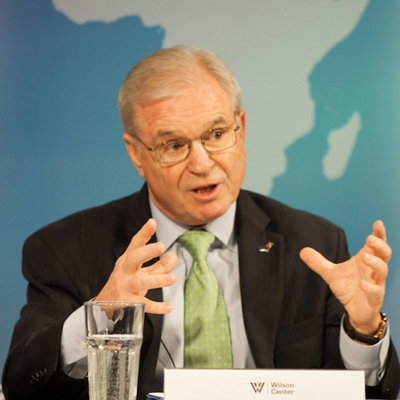 Dr. Nedelcovych is the past President of the Initiative for Global Development (IGD), a nonprofit organization that engages corporate leaders to reduce poverty through business growth and investment in Africa.  In the four years of his tenure as President & CEO, he has markedly grown the African SME participation in the Frontier 100 Leaders Program, and expanded IGD’s Advisory capacity and Advocacy mission to strengthen the voice of private sector leaders on development issues.

Prior to taking up his position at IGD, Dr. Nedelcovych was a Partner at the Schaffer Global Group (SGG) and became Chairman of Schaffer International, the successor company to SGG. For the Schaffer Group, he led the new project development and financing for a number of agro-industrial projects in Africa and Central America (primarily in the cane sugar and rice sectors) and was the lead Partner in the establishment of the Markala Sugar Project in Mali, serving as the Chairman of the Société Sucrière de Markala.  To represent Schaffer’s interests, he was «seconded» as Country Director of Buchanan Renewables (BR) in Liberia, a renewable energy business based on biomass harvested and processed from old economically redundant rubber trees.

Dr. Nedelcovych is on the Board of Directors of Schaffer International, Vista Bank Group, Marathon International Bank, Fayus Group, the Corporate Council on Africa, and Niger Delta Partnership Initiative (NDPI).  He is a Member of the US EXIM Bank’s Sub-Saharan Africa Advisory and a former Member of the MCC Global Advisory Council.

Dr. Nedelcovych received a BA in Political Science from Yale University, an MA in International Relations from George Washington University, and a Ph.D. in Comparative Political and Economic Development from Florida State University (in conjunction with Mohamed V University in Morocco).  He speaks French, Spanish, Italian and Serbian fluently, and has a working knowledge of Portuguese. 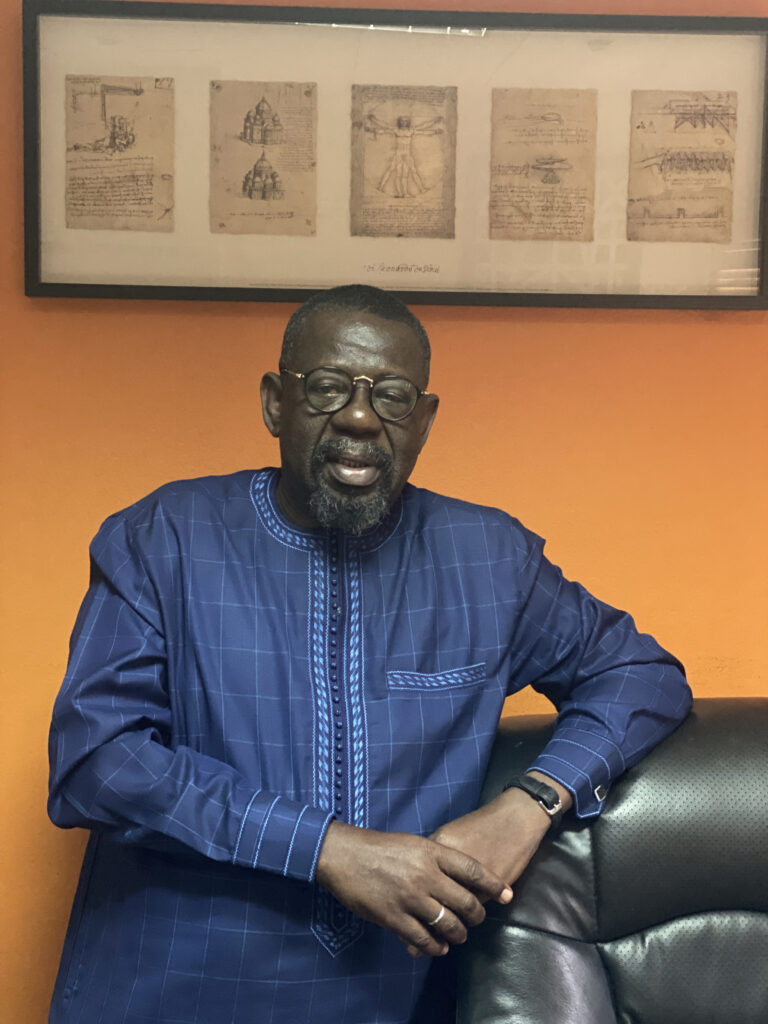